Hello crafty friends! Lauren here, sharing two projects made with the new neon aqua pigments! Brutus Monroe has a whole range of new neon products that all react to UV light. Today I'll be showcasing the neon aqua pigment set! To start off with, these neons are beautiful and vibrant right out of the bottle in broad daylight. But when you turn on a blacklight...that's when the real magic happens! For this first project, I watched a few tutorials for "Bendi Cards" on YouTube. I followed the general instructions to construct the base for this card using Raven cardstock. When it was assembled, I splattered drops of the blue, green and yellow, as well as white aqua pigment on both the front and back of all the panels. I set it aside to dry and moved on with a panel of aqua pigment paper. I painted the blue, yellow and green neons in random pattern all over the panel. When it was dry, I blended Raven detail ink all over the panel, allowing the neons to peek through in random areas. I splattered neon green, blue and yellow aqua pigments, as well as white aqua pigment, across the whole panel, and trimmed it down to fit on the main card base. I took two of the chipboard hot air balloons and smooshed the embossing ink over the whole surface. I covered them in Gilded embossing powder and heat set it, repeating the process once more for a nice thick layer. I painted the pink, orange and yellow in broad, blended stripes on a scrap piece of aqua pigment paper, and glued the tops of the hot air balloons down over it. I trimmed the excess aqua pigment paper and glued the hot air balloons to the "arms" of the card base. I used a die to cut some vellum cloud pieces and glued them behind the balloons. For the last step I heat embossed the words in Alabaster EP and trimmed them down to small banner shapes,to be glued next to the balloons. For the second card, I started by heat embossing the popsicle in Alabaster EP all over a panel of aqua pigment paper. I painted the Pink, Orange and Yellow neon aqua pigments across the whole panel, and the embossed areas act as a resist. I used my MISTI to double heat emboss the sentiment; the first layer was Alabaster embossing powder, and the second layer was glow-in-the-dark embossing powder, which also reacts to the blacklight. I fussy cut around the sentiment and popped it up on a square of vellum. I attached it to the card with foam tape, and attached two little popsicles to the front as well. Have you tried any of the new neon items from Brutus Monroe? They now have neon Chroma Glaze and Neon embossing powder as well! Share your creations on social media, and be sure to use the hashtags #BrutusMonroe and #CreateYourOwnEnding so we can see what you make! Have a great weekend. 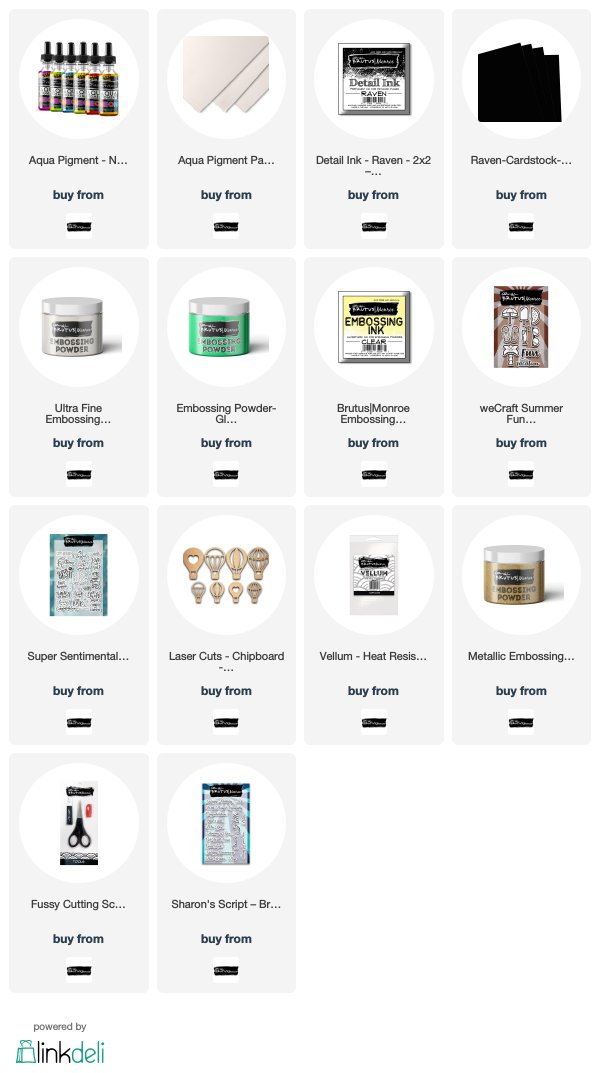