Hello crafty friends! Lauren here, sharing this card that I made with some chipboard pineapples. I am really loving all the summery chipboard pieces that Brutus Monroe has available! So far I have tried the sunglasses, the flamingos, and these pineapples...My next targets are the watermelons! For these pineapples, I traced around the "body" of the pineapple onto the back of two different sheets of rainbow paper. Then I fussy cut the shapes out of the paper. I primed the tops of the pineapples with white gesso, so that the colors of the glitter glaze would show up more brightly. When it was dry, I used a dry paintbrush to cover the tops with glitter glaze, and then glued the rainbow paper cuts to the chipboard. I used two subscription colors, Key Lime for the green and Tiki Teal for the blue. I painted a pretty thick layer, so that the glitter wouldn't appear sparse. I set those aside to dry and moved on to my stencil. I glued the green-topped pineapple down flat, and then popped the other one up with foam tape, and stuck the sentiment strip out from behind it.

This card was actually pretty simple to make, and aside from the paint/glitter glaze drying time, it came together very quickly! I actually made four pineapples total, so I have them ready to use in case I need them.

Have you tried any of the laser-cut chipboard pieces yet? They are so much fun to play with! Post your projects on social media, and be sure to use the hashtags #BrutusMonroe and #CreateYourOwnEnding so we can see what you make! Have a great weekend. 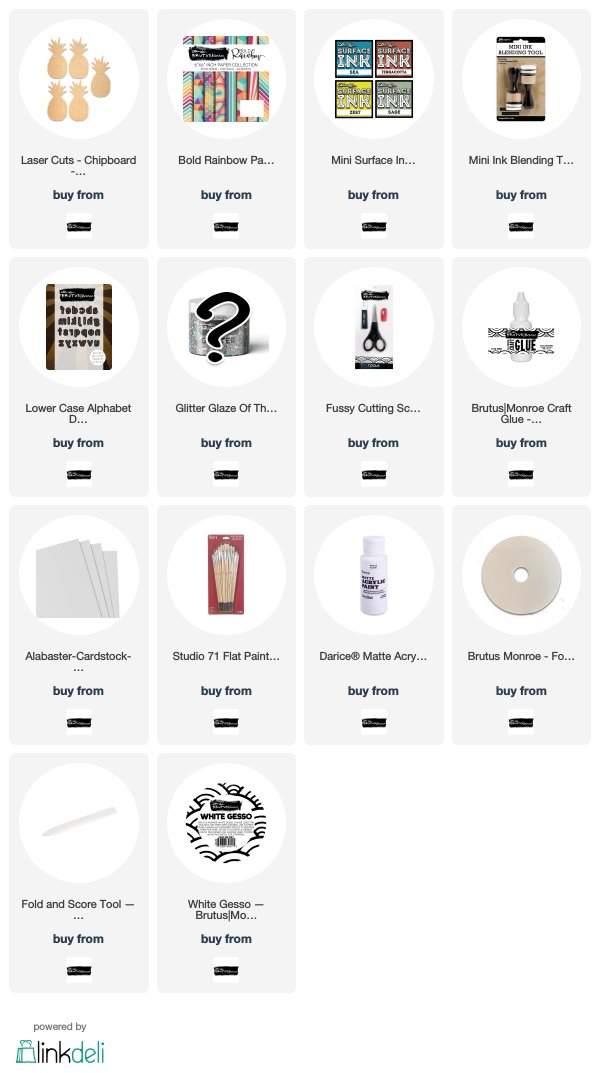