Hi everyone. I am excited to be a guest designer over at Brutus Monroe. It was perfect timing to fit in with my Christmas in July series going on this month over on my You Tube Channel. 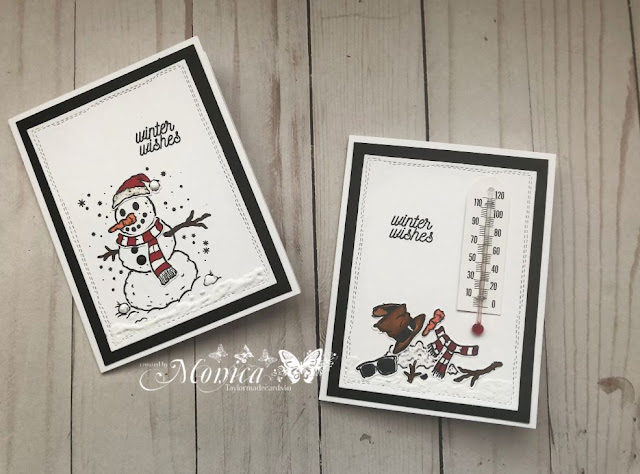 The first card set I will be sharing with you were created using the Build a Snowman Stamp set.  When I saw this set, which has a warn top hat, it reminded me of the old Frosty the Snowman movie.  You remember the one, where Frosty comes to life when the magician's hat is placed on his head. I knew I had to get this set. So let me show you what I did.

I started by stamping the hat, sunglasses, and scarf and fussy cut those items. I also stamped the snow man as I needed to fussy cut his carrot nose and arm twigs. 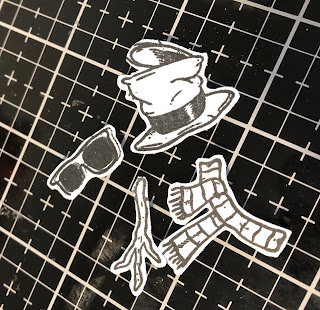 So I decided by stamping the melted snow on some white card stock. 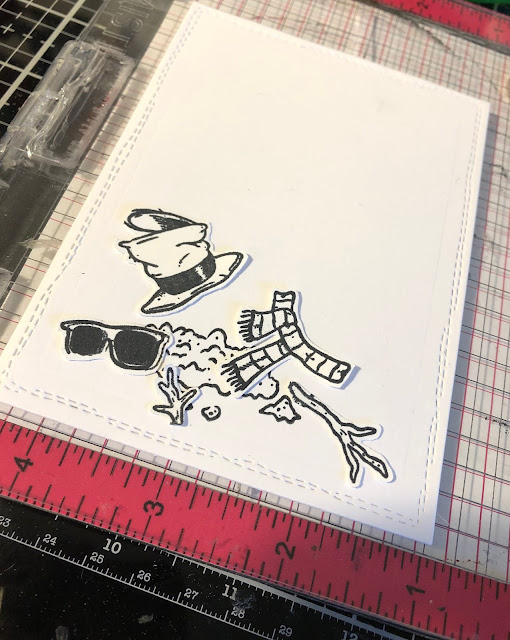 I also stamped the snow man as I needed to fussy cut his carrot nose and arm twigs. 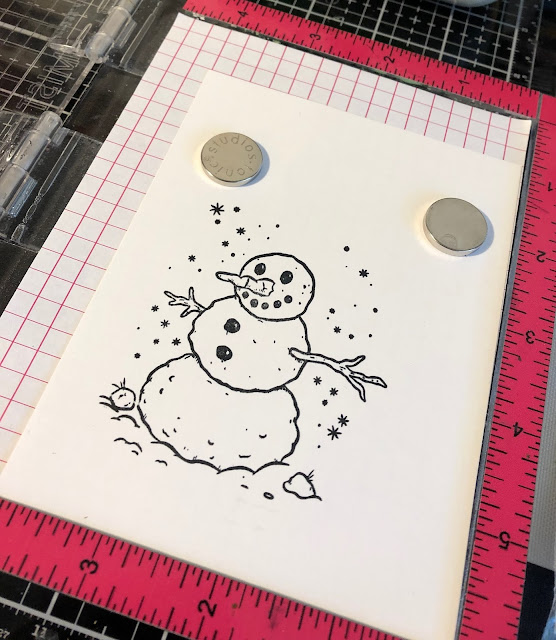 I used a Nuvo glue pen to glue down my pieces.  I found it was easier to glue them down first then color them. this ensured I did not smudge my ink.  These pieces are small...LOL! 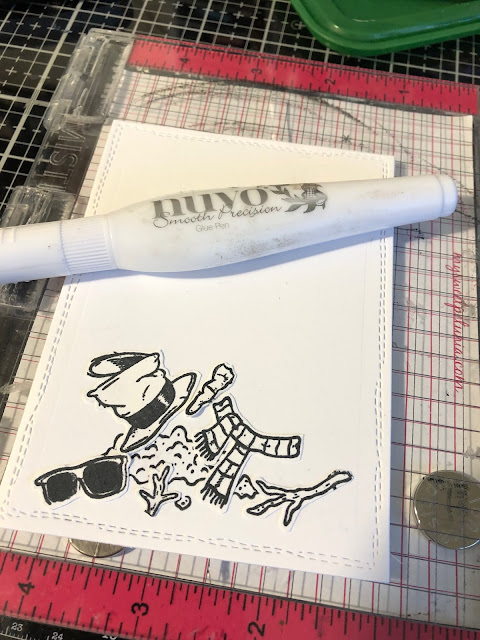 I had found a small thermometer at a local thrift store for .25 cents. I wasn't sure what I was going to do with them, but they were the perfect size for card, so I purchased about 20 of them.

Sometimes my foresight is genius as they worked perfectly for this card.  The sentiment is from the Ginger Bread village set that I will be sharing with you later this month. 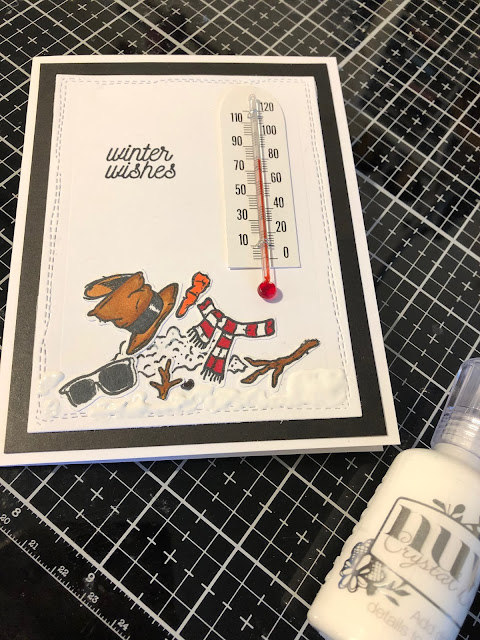 To finish off the card, I matted it onto some black cardstock and then onto my white card base.  I Used White Crystal Nuvo drops for my snow. 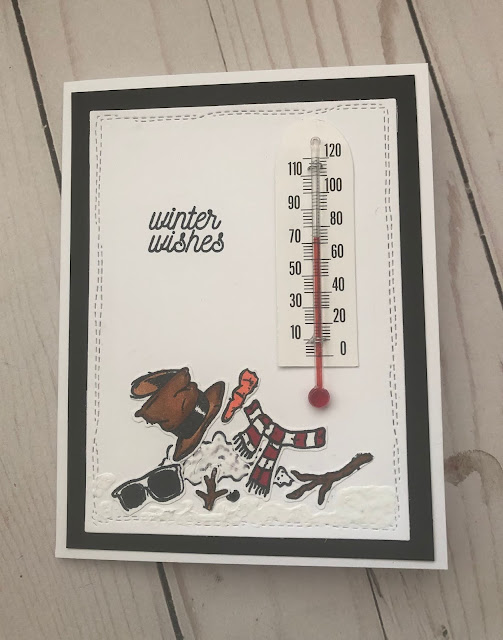 I also created a second card using the Santa had and second scarf. It is a wonderful set with so many possibilities.

Thanks for stopping by!