Hello crafty friends! Lauren here, thanks so much for stopping by today to check out my anniversary card for Brutus Monroe! If you didn't already see it, check out the blog hop from Wednesday, because the whole team was celebrating that Brutus Monroe has been in business for 5 years. Today is the actual anniversary!  They're having a big party this weekend at their physical location in Pittsburgh! For my card, I started with a panel of Raven cardstock and used the Uppercase Alphabet Outline stamps to make the word "FIVE" across the background. I heat embossed the letters with Sterling EP, and colored them in with Sterling Aqua Pigment. I left space in between each word, and I glued a silver jewel in between.

Wishing Christopher and his company many more years of success! 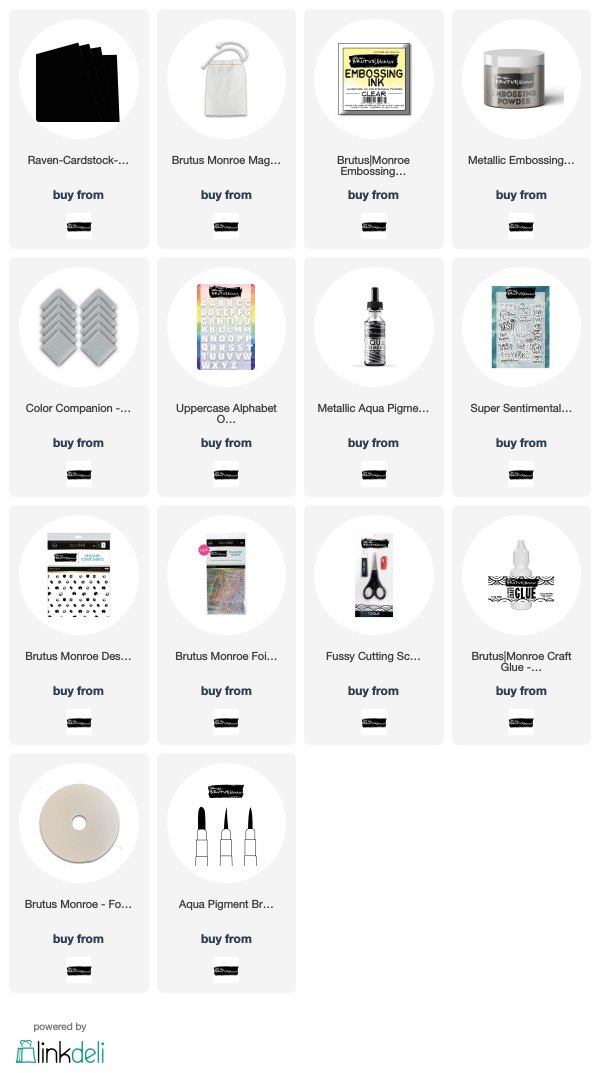